Larger Facility Rising From The Ashes… 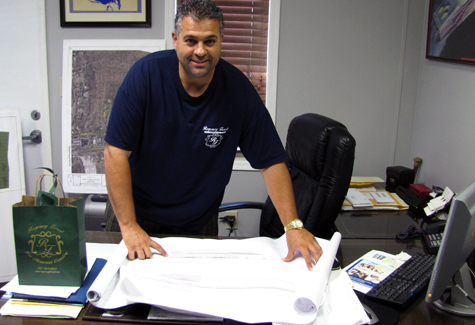 The Regency Forest Pet Memorial Park in Middle Island is about to undergo a massive $5 million expansion plan that owner Leonard Tarzia said will make it “the most upscale pet funeral home anywhere in the country.”

The expansion project began after an oven fire destroyed the crematorium on the premises, burning more than two dozen deceased dogs and cats awaiting cremation.

The new plans, half of which Mr. Tarzia said will be paid for through insurance funds obtained after the fire, will see the funeral home and crematorium on the property expanded to bigger and better than ever before.

The 29-acre property will now include fountains and a porte cochère.

All the equipment, including a large multi-chamber oven, will be custom made for Regency Forest. While the previous crematorium could only accommodate up to 1,500 pounds per day, the new larger oven will be able to handle 5,000 pounds per day.

Pet funerals are becoming increasingly common, Mr. Tarzia said. He services up to 200 to 300 customers per month, numbers that continually grow. And customers come from the Hamptons, New York City and as far away as New Jersey and Connecticut. Any given funeral can have up to 30 guests, some of whom rent limos and bring flowers.

He said people often return to the cemetery to visit their pets and place stones on graves or lay flowers on the ground.

“People that bury here have a place to come and visit their animals,” he said. “It’s a beautiful park setting.”