Plans for the “new” Wellington Bar & Grill were presented to the Middle Island Civic Association at its February 15th, 2018 meeting. Aqeel Ahmed, owner of the Barnwood Deli, recently filed an application with the Town of Brookhaven to reconstruct a bar and restaurant at 3 Middle Country Rd in Middle Island,  the site of the former Wellington Inn.  A public hearing has been set for February 21, 2018 before the Board of Zoning Appeals; the project needs a few variances in order to situate the new restaurant exactly where the old one was before it burned down, as well as the placement of appropriate signage. At the civic meeting, Mr. Ahmed and his architect, Tahir Qureshi, PE, displayed drawings and site plans for the Wellington Bar & Grill and asked for MICA’s input.  The restaurant will have about 40 seats and will serve American bar food, burgers, wings, etc. The building will be situated on the north side of Rt 25, at the eastern end of the property, with parking to the west. Civic members were pleasantly surprised to learn about this project and unanimously supported its moving forward through BZA and on to the Planning Board and site plan review.  In a Summary published on Feb 26th of its Feb 21st decisions, the Board of Zoning Appeals reported that it granted the variances as requested by the applicant.  According to an update from the architect on July 31, 2018, the “Site Plan with an amendment was approved by the Town of Brookhaven Planning Board. We are waiting for the Suffolk County Health Department to approve wastewater sanitary system.” 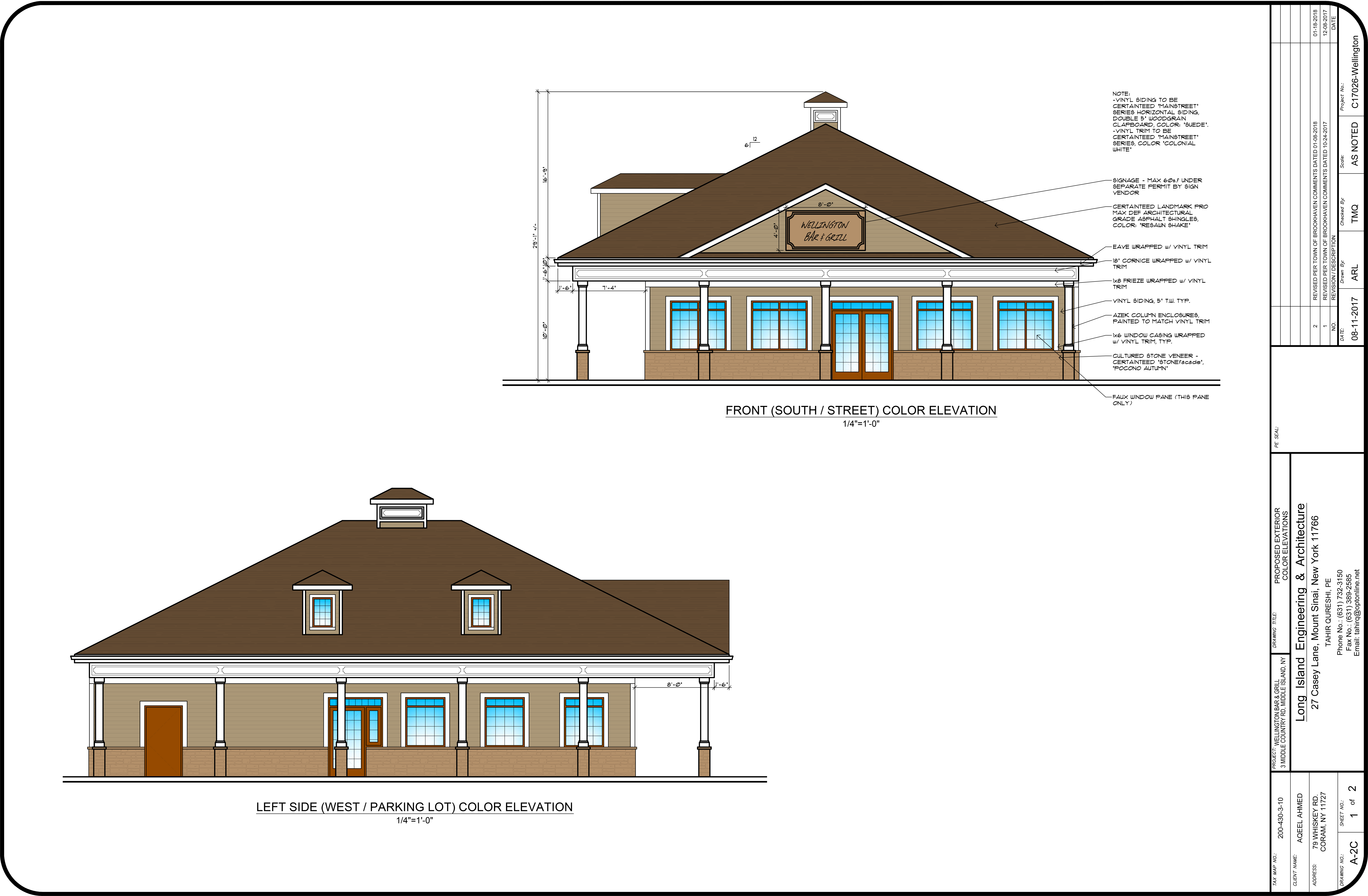 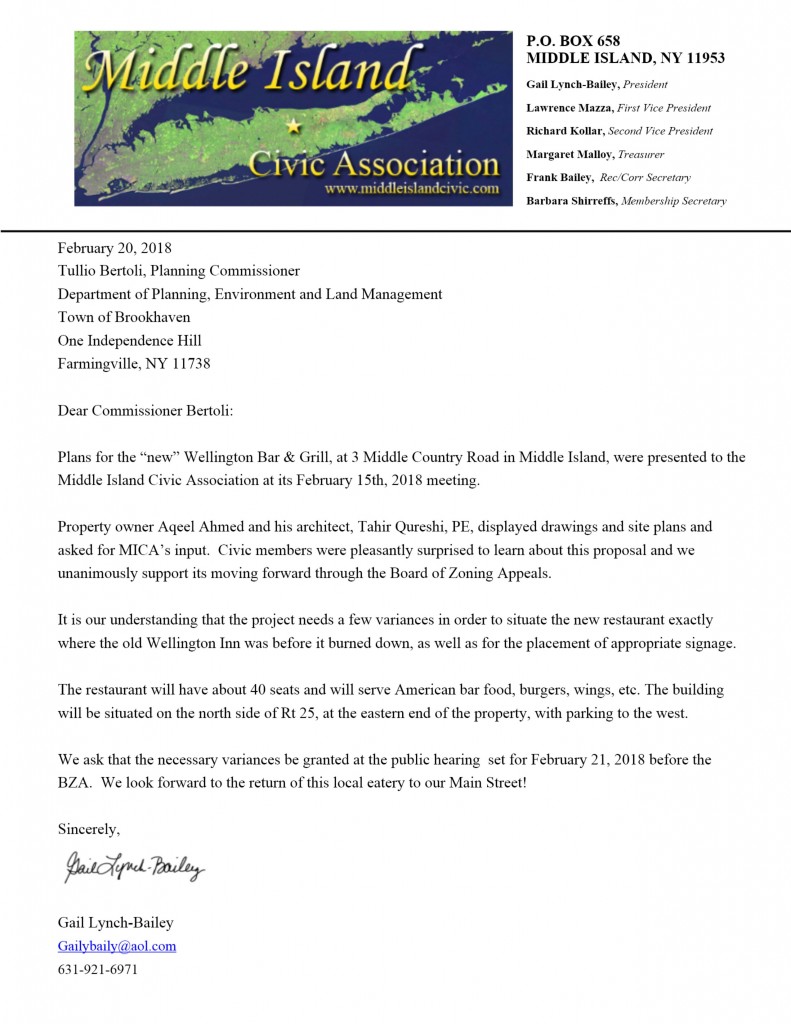 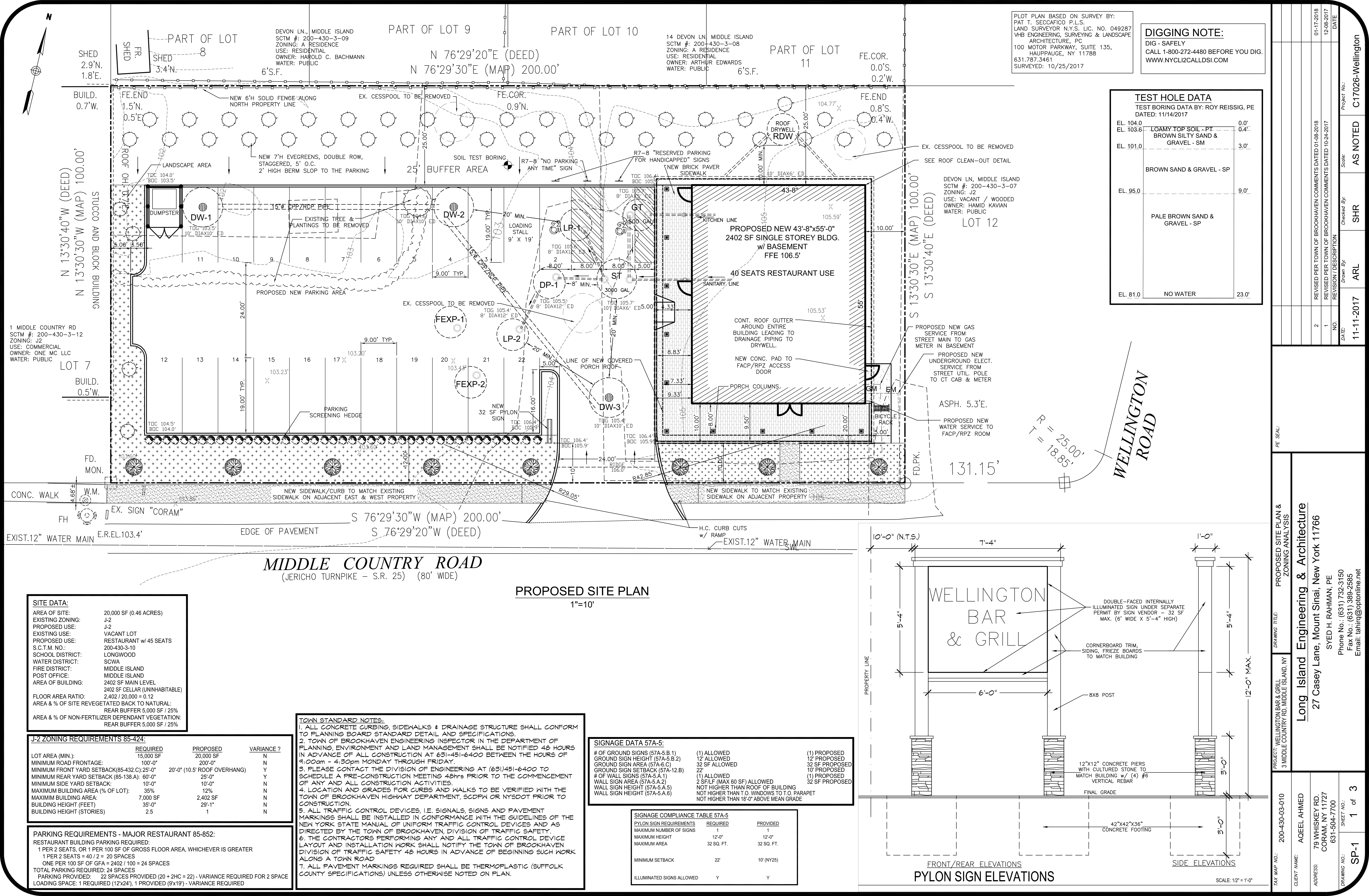