Sec. 1. This organization shall be known as the Middle Island Civic Association.

Sec. 2. The territorial limits of the Association shall be confined to Middle Island, NY 11953.

Sec. 3. The fiscal year of the Association shall begin on the first day of May and end on the thirtieth day of April.

Sec. 4. Upon dissolution of the Association all assets will be donated to charity chosen by the membership. 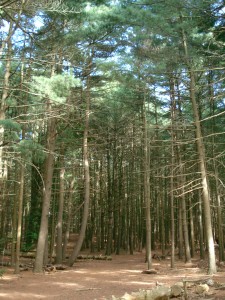 Sec. 1. The object of the Association is to discuss and study the needs of the community and to promote cooperation among the residents to the end of civic betterment.

Sec 2. This organization shall listen, advise and act in a manner deemed appropriate by this constitution and by a majority of its members concerning all matters in the public domain brought before it by its membership.

Sec. 3. We shall further unite as an Association to accomplish the following objectives:

2. To provide residents some relief from an “otherwise continuous development pattern.”

3. To foster the preservation of the Pine Barrens.

4. To insure the availability and quality of our ground water.

5. To encourage the preservation of open space for recreational purposes.

6. To support the preservation of farmland.

7. To discourage strip development along our highways.

8. To advocate the availability of a quality education to all our children.

9. To protect and cherish our historical heritage.

11. To create a line of communication between the community and all those concerned in civic issues.

Sec 4. This Association in its activities shall be non-partisan and non-sectarian, and shall take no part in, or lend its influence to, the election or appointment of any candidate for national, state, county, or town office.

Sec. 1. a. Any adult resident or property owner, aged 18 years or more, shall be eligible to membership in this Association.

Sec. 2. Effective January 1, 2010, membership fee shall consist of $10 per person per year, the payment of which shall entitle any adult resident or property owner to membership in the Association.  Each member shall be entitled to a single vote.

Sec 3. Thirty days after the executive board notifies members of delinquent dues, all membership rights are subject to suspension.

Sec.4. A member shall be considered in “good standing” if his membership dues have been paid for that calendar year and if said member has done nothing to warrant his expulsion as outlined in Section 5 of this Article. Only members “in good standing” shall have a voice in the affairs of the Association.

Sec. 5. Reasons for expulsion of members: a member whose action or behavior is detrimental to the ideals and purposes of the Association, or to the members thereof, may be requested to resign by the Executive Board of the Middle Island Civic Association.

Sec. 6. Prior to the executive board making any recommendation regarding expulsion of a member, the Executive Board shall first notify such member of the charges against him and permit him to appear before the Executive Board to answer such charges. The accused member shall be presented with such charges in writing at least a week prior to this meeting.

ARTICLE IV:  THE EXECUTIVE BOARD

Sec. 2. Duties of the President.

Sec. 2A. The President shall enforce all rules and shall perform such other duties as may from time to time be required of the office.

Sec. 5. Duties of the Recording/Corresponding Secretary. The Recording/Corresponding Secretary shall keep the minutes of all meetings, shall assist in maintaining records of the Association as deemed necessary by the Executive Board, and shall receive communications intended for the Association; read them at meetings and dispose of them per instructions given at the meetings, and shall perform such duties as may from time to time be deemed necessary.

Sec. 7. Duties of the Treasurer. The Treasurer shall receive all monies, keep records of deposits and payments, submit monthly reports, and sign all checks. No payment shall be issued without the permission of two of the five designated officers of the Association.

Sec. 8. Any elected officer who shall without reasonable excuse, fail to perform the duties of office to which elected, and who is absent from three successive membership meetings, may be removed from office by the President, and the President may appoint a replacement.

Sec. 9. The business and property of this Association shall be managed by the Executive Board.

Sec. 10. All members of the Executive Board are the duly elected representatives of the Association, and represent the interests of the community as a Whole.

Sec. 11. A duly elected representative of the Association may be censored only by a majority vote of the Executive Board after that individual has been notified of said action in writing a week prior to Executive Board meeting. The individual may respond within 30 days and have case heard at a general membership meeting at which time a majority vote of those present can over-ride censorship.

Sec. 2. The nominating committee will prepare a slate of candidates, nominating at least one candidate for each office. The committee shall submit the slate of officers to the membership at the March meeting. Nominations from the floor will be accepted only at the April meeting, at which time the election by secret ballot will be held.

Sec. 1. Any adult resident or property owner, aged 18 years or more, who is currently a member in good standing, is eligible to be elected as an officer in the Association. Business members who are not residents or property owners may not run for or hold elected office in this Association.

Sec. 2. The officers shall be elected by ballot at the annual meeting of the Association and hold office for a period of one year, or until their successors are elected and assume office.

Sec. 4. The newly elected officers shall take office on the first day of the month of May after their election at the annual meeting in April.

Sec. 5. If the need arises, the President may fill a position on the Executive Board which has been vacated before the agreed upon term of office has expired.

Sec. 1. Regular Association meetings will be held once a month and, if possible, on the third Thursday of every month. Special meetings may be called by the President or at the written request of at least three members of the Executive Board.

Sec. 2. The Executive Board, if deemed necessary by a majority of its members, shall meet once a month, two weeks after the regular membership meeting.

Sec. 1. Committees may be formed at the request of a member in good standing and the concurrence of at least 3 members of the Executive Board. The Chair of the committee shall be elected by a majority of members of said committee, and shall serve for a period of one year. The Chairperson of said committee will report on deliberations and progress made by this committee at the Association’s regular monthly meeting.

Sec. 2. The purpose of said committees shall be to investigate and gather facts on any subject deemed too time consuming or complicated for the Executive Board or the membership at large to study and evaluate.

Sec. 3. The Chairperson of said committees shall have ongoing authority to speak on behalf of the Association in the context of this committee’s subject matter provided his statements are consistent with the goals and objectives of the Association.

Sec. 4. Any member of a committee who shall, without reasonable excuse, fail to perform the duties of the committee, and who is absent for three consecutive regular meetings after being duly notified, may be removed from that committee and a successor appointed by the President.

Sec. 1. Amendments to the constitution and by-laws may be proposed at any regular meeting and voted on and adopted at the next regular meeting. The concurrence of two-thirds of the membership present shall be necessary to amend these by-laws.

Sec.1. All meetings shall be conducted in accordance with Roberts Rules of Order unless otherwise stipulated in the by-laws to the contrary.

Sec. 2. The President will or will not take action in the name of the Middle Island Civic Association on the basis of majority rule; abstentions will not be considered in the tally.

Sec. 3. The order of business of a regular membership meeting shall be as follows: A. Call to Order and Pledge of Allegiance,  B. Reading of Minutes, C. Treasurer’s Report, D. Correspondence,  E. Reports of Committees and Officers, F. Unfinished Business, G. New Business, H. Informal discussion or guest. I. Adjournment.