It’s easy– and understandable– to be discouraged by the problems and blight along Middle Country Road and elsewhere in our community. But it’s far better to be proactive, productive, and positive. Join the civic, go to meetings, ask questions, offer suggestions, solutions and assistance. Never give up!

The tide IS beginning to turn. There are many reasons to believe Middle Island is undergoing a mini-Renaissance. Here are a few:

In the last few years, taxpayers have said YES to an expanded library and a new fire department headquarters. The larger and renovated Longwood Public Library reopened in October 2015, on time and on budget. The MIFD project was nominated for a Smart Growth Award for its community outreach and plan for uninterrupted service.  LPL, Sandy Hills and MICA’s president received  the 2017 Smart Growth Award for Mix of Uses. Learn more about that here:
http://63.135.124.150/smart_talk/blasts/2017_SGA_Post/2017_SGA_Post.html

Our area’s one car dealership, Toyota, has undergone new ownership a few times in past years.  Owners insist they are not only staying put, but have successfully expanded onto the old PCRichards site next door — a reuse of empty retail space we always like to see. Habitots, our  hamlet’s renowned privately owned preschool/day care center,  moved to its beautiful new, free-standing home in east Middle Island in 2015.

Everything’s new at Tudor Oaks; Fairfield purchased the troubled complex in the fall of 2014 and immediately began addressing concerns by repaving roadways and parking lots, replacing roofs, and removing trash and debris. The restoration of the five buildings there, both interior and exterior,  is quite remarkable. New tenants moved in in 2015,

McDonalds moved from Ridge to the front pad at the King Kullen shopping center.  MICA worked hard to get a design that complimented the other storefronts. Local employees retained their jobs, and we believe it is helping the shopping center with increased customers. We participated in a ribbon cutting there in February 2017.  Gold’s Gym, located in the large, expanded end store near King Kullen (where Habitots once was) became another great addition to this shopping center. MICA attended their grand opening in May 2018.  Now we await word on the future of the King Kullen grocery store itself.  Sale of all KKs was announced in 2019; Stop and Shop is the supposed new owner.

Concern for Independent Living’s long planned development at Sandy Hills opened in October 2017. Renaissance Village is home to 123 rental units of supportive housing for veterans and other deserving groups; all lower level apartments are handicapped/wheelchair accessible. Sandy Hills is also key to the long approved Sam Glass townhome plan  as well as the old Kogel lumber yard to the west. That’s because Sandy Hills has an expandable sewage treatment plant that any project near Kogel can tie into– important because of its low- lying proximity to the Carmans River watershed.

George Carlin did a very funny comedy routine about “A Place for My Stuff.”  That’s exactly what we got in Middle Island in May 2019, with the opening of the new Public Storage Facility just east of Tudor Drive on RT 25.  Nicely landscaped, with garage units hidden in the rear, the business is booming while generating almost no traffic, noise or negative tax impact to the school district. A win-win for all.

Mom-and-Pop restaurants returned to Middle Island in  the summer of 2019. The Athens Greek diner opened in the strip mall on the north side if Rt 25 and Meltology opened in the old Friendlys on the south side. Both propietors attended MICA meetings to  explain their operations, offer coupons, samples and receive our welcome to the community. We look forward to a third eatery, Golden Jalapenos, soon!

On December 27, 2019, MICA celebrated  the opening of a new 7Eleven/gas station on the northeast corner of Rts 25 and 21 on parcels  where the dead No Gas station/ strip mall languished for nearly 20 years.  It’s a relief to have a successful, vibrant business operating at the heart of our community again. MICA worked closely with owner Michael Nelin for several years to get this project approved by town council, zoning and planning boards, and the pine barrens commission.

The two other most blighted properties in Middle Island have given way to local pressure. On April 15, 2015 the old Island Squire restaurant was the subject of a TOB Public Hearing to consider its demolition. This required legal step  lead to the removal of this once famous but oh-so-blighted eatery on May 12 — an event attended by many who shared both fond memories of the place and were equally happy to see the dilapidated building bite the dust.New owners of the property are working to secure a restaurant tenant there, and they have also been responsive to our requests to keep the property neat and litter free. A community-wide cleanup and paint-in of the parcel, headed by members of the City on a Hill Church, was instrumental in beautifying this spot and others around Middle Island.

And Breslin Realty’s huge beast of the old Kmart at Artist Lake is gone, too.   TOB Supervisor Ed Romaine has promised MICA that none of Breslin’s other projects in Brookhaven will move forward until he solves Kmart first. Breslin began demo at Kmart in March 2106.  Unable to secure any big box tenants, Breslin is  revising his plan to include housing and additional recreational, retail and dining opportunities. Hopes for a community park on the western section are still being actively pursued by MICA, LYSA, Suffolk County Legislator Sarah Anker  and TOB leaders. We’ve had our hopes dashed twice after the owners refused two different offers from SC and NYS, but we’re confidant that 2020 will see some interesting plans for this huge, important site.

Home to the amazing Longwood Central School District, Middle Island is still a great place to live, love, learn, raise a family, retire and recreate. Let’s continue to work together to improve everyone’s quality of life. 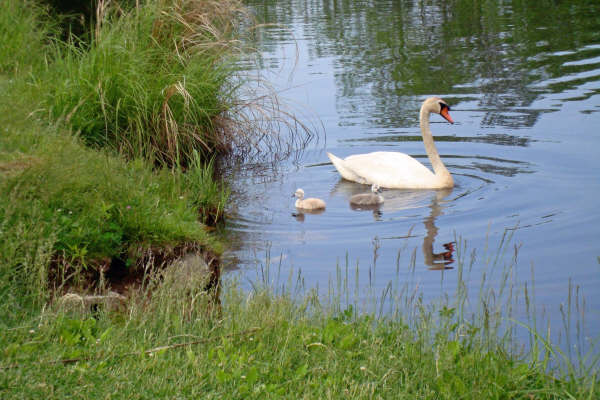