Park Improvements In The Works!

Brookhaven to replant at Bartlett Pond Park in Middle Island 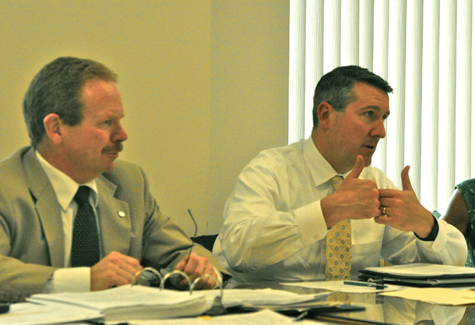 A plan for Brookhaven Town to remedy its illegal clearing of trees at Bartlett Pond Park in Middle Island was submitted to Supervisor Mark Lesko this week by the Central Pine Barrens Commission.

The draft, known as a “consent order agreement,” states a list of requirements the town must adhere to during the re-vegetation process of the Middle Country Road park. In February, parks employees illegally cleared nearly two acres of land located in the compatible growth area of the Pine Barrens. Town officials have said the land had been plagued by invasive species, strangling trees to death and making hiking near impossible.

During the commission’s monthly meeting in Coram, executive director of the Central Pine Barrens Commission John Pavacic said if the draft agreement is approved, the town could face a fine of $15,000 if it doesn’t adhere to the guidelines. Some of the commission’s requirements include having the town retain an arborist to assess the survivability of the remaining trees, developing a re-vegetation plan and creating an invasive species monitoring program.

“It was a mistake and we need to correct the mistake,” Mr. Lesko said, adding that he has taken full responsibly for the illegal clearing.

He said the town has worked with the commission to develop an enforcement agreement and is currently finalizing the draft.

Mr. Pavacic said a plan to educate town workers on Pine Barrens legislation is also included in the draft and the commission is expected to periodically follow-up with the restoration progress.

“It’s bad enough when developers destroy this ecosystem, but when government does it, it’s worse,” Mr. Amper said after the meeting. “I think the town needs to do more to make sure its staff understands that there are special rules that are applied in the Pine Barrens.”

Mr. Lesko, who as Brookhaven Supervisor is a member of the commission, abstained from voting on the draft.