Many thanks to the participants, organizers and hosts of our RT 25 Protest on Thursday, June 25, 2020. Scott and Holly Wood graciously allowed us to set up at the beloved Gray’s Hardware store. Town of Brookhaven amplified our voices and contacted some listening media folks. Coram, Gordon Heights, Middle Island and Ridge Civics united to decry the continued neglect of our Main Street. Longwood Firefighters described the dangers they and the people they rescue face every day on this decrepit asphalt. And Elected Officials told the truth: the DOT LIED to them — and to all of us! To the many supporters who wanted to be with us but couldn’t because of social distancing — thank you and don’t give up the fight. Keep calling Regional Director Richard B. Causin, P.E. (Acting) at (631) 952-6632 and the Regional Public Information Coordinator at 631-952-6929. 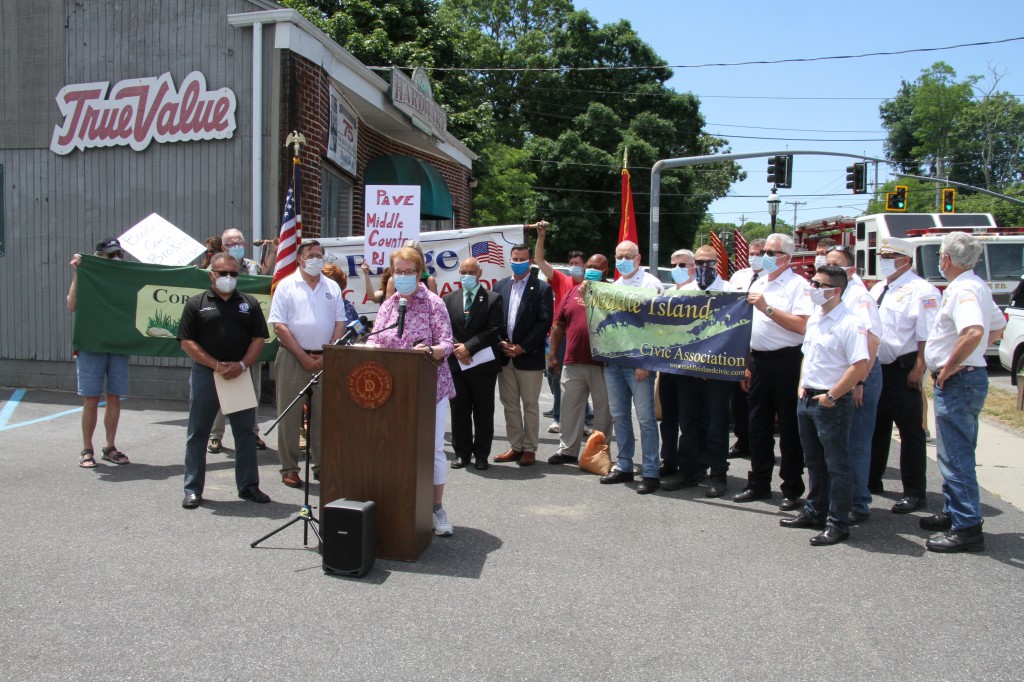 As evidenced by the protest held in Ridge on June 25,2020, the DOT has a huge credibility issue to address with the residents of Coram, Gordon Heights, Middle Island, Ridge and so many others who rely on NYRT25.
We and our elected officials have been advocating for the resurfacing of this Main Street for many years — decades in fact.  The PIN 0810.03 was to address this in 2020 — as explained in the attached letter written by Mr. Murrell to SC Legislator Sarah Anker on April 8, 2019.  Legislator Anker provided the Middle Island Civic Association with a copy of this letter last spring, and it was reviewed at our May 16, 2019 MICA meeting. The letter clearly describes a  “resurfacing  project on NY State Route 25 running between Mount Sinai-Coram Road  to Wading River Manor Road which has been accelerated to a bid opening in early 2020. The project is scheduled to start construction in the spring of 2020.”  There is no mention of any other roadway in this letter.
What changed?  How did we go from being on the top of the list to the bottom. Why?  And how was this change communicated to the parties involved?  It wasn’t — we had to learn of it through back channels, rumors and leaks.  What a disgrace.
Who determines the order of events in a contract? Is it a collaboration with the contractor? We sincerely hope it is not at their sole discretion. How are they held accountable throughout the process?
Did either the DOT or Posillico even consider how car centric our area is as opposed to Hillside Avenue?  We cannot walk to any stores, businesses, banks, restaurants or medical services, not the way so many Nassau County residents can. We must drive to the few services we have out here. A single, stand-alone bank remains on our 9-mile section of Rt 25. To get to it, drivers endure road conditions akin to a war zone. We lack walkability and complete streets in so many places along Rt 25 — how and by whom are these conditions factored into the decision making process, if at all?
Why does the DOT continue to deal in multiple project contracts?  And why are they issued for such long time periods?  Shouldn’t these roadways have been bid separately, or limited to contractors who could work on them simultaneously?
This is a $23 million contract. What assurances exist that there will be money available for our roadway, the longest of the three?
The process used by DOT here is severely flawed  — it  begs for a total reconstruction of its own!
Let’s conclude with our statement from Thursday’s protest: It’s ridiculous. It’s sad. It’s potentially tragic. It’s unacceptable. AND IT MUST BE CHANGED.
Fasten your seat belts – we’re in for a bumpy ride. 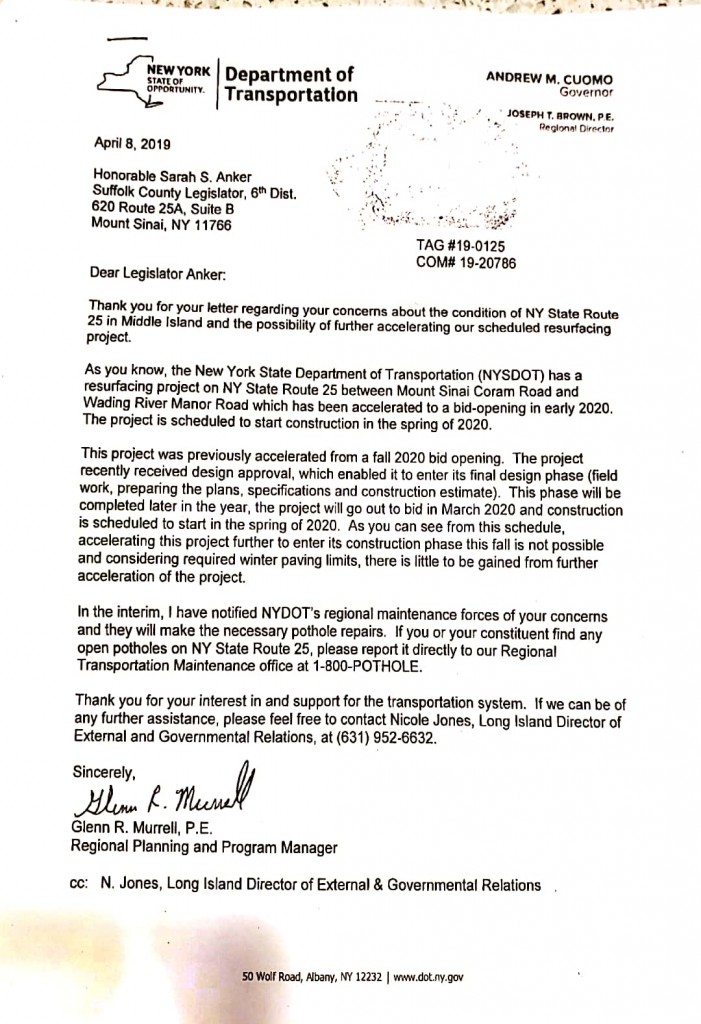