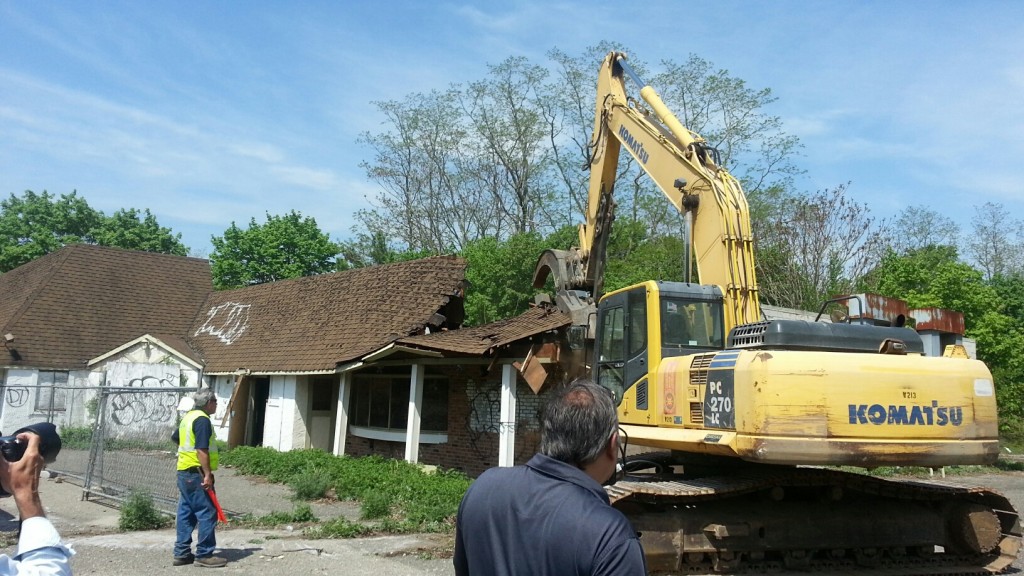 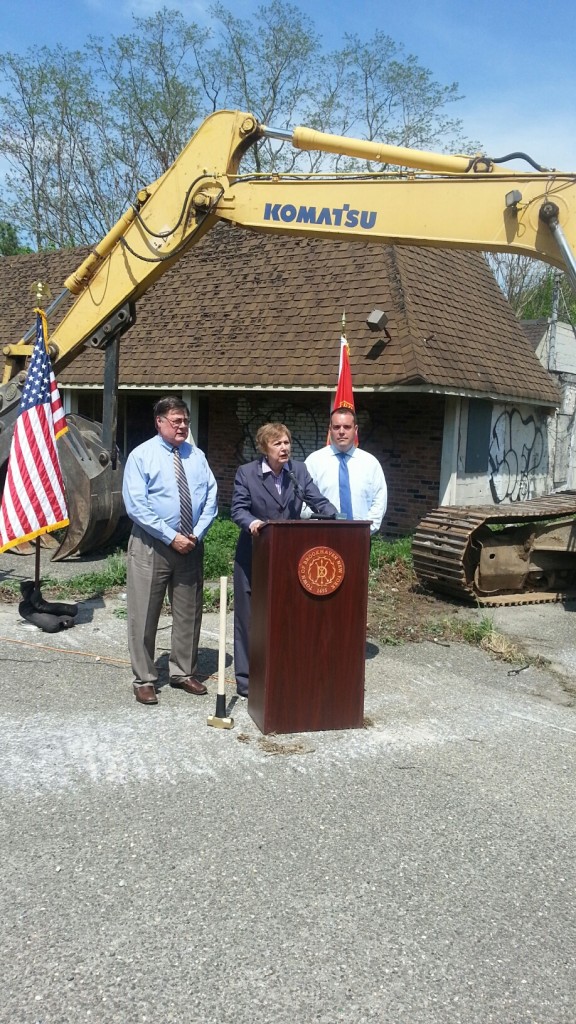 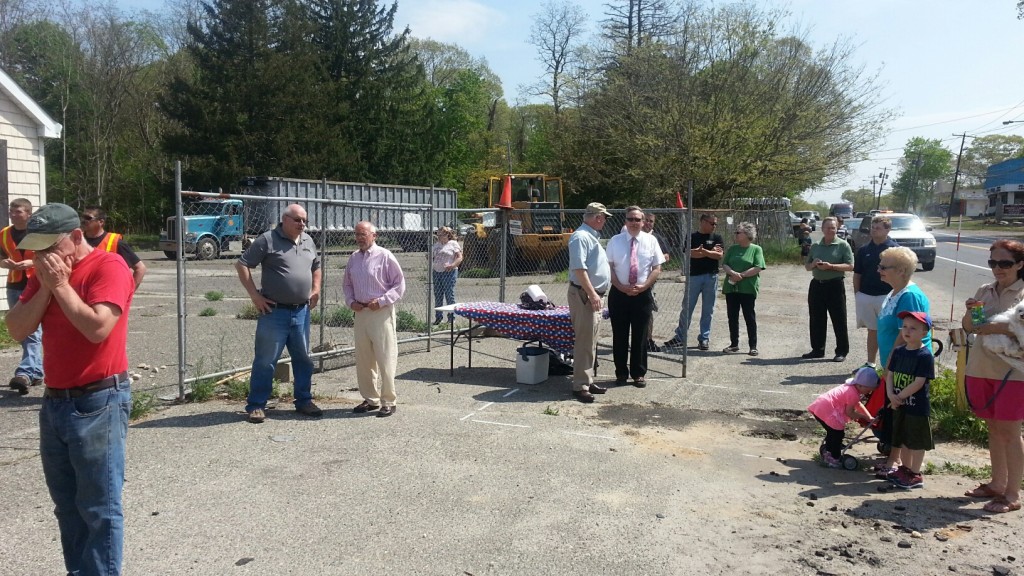 The Island Squire dinner theater, once an entertainment destination, comes down

The vacant Island Squire restaurant was torn down Tuesday while Middle Island residents sipped champagne and the children of its former owner reminisced about better times at the venue.

The former dinner theater — which had been empty since the final curtain fell about 20 years ago — was demolished after Brookhaven Town officials deemed it unsafe and structurally unsound.

Laurie Wilgenkamp and her brother, Steve, the daughter and son of former owner John Wilgenkamp, joined about two dozen residents who watched the dilapidated structure crumple into a pile of bricks, wood and concrete blocks.

“It’s definitely emotional to see it come down,” Laurie Wilgenkamp, 43, of Mastic Beach, said. She recalled washing dishes there for $20 a night.

“It’s my second family,” she said. “This was the place to be, besides going to the city or Westbury Music Fair.”

The Island Squire once was beloved by the community for its New Year’s Eve parties and shows such as “Fiddler on the Roof,” often starring John Wilgenkamp, who performed under the stage name John Wyle. He lives in New Jersey.

But as it deteriorated, the restaurant, on a busy stretch of Middle Country Road, became the object of ire among Middle Island residents, who demanded it be torn down.

Town officials said they had found signs that the graffiti-covered building had been used as a drug den, and inspectors said the roof had partially collapsed. A family of raccoons was removed shortly before demolition began.

It’s unclear what will become of the site.