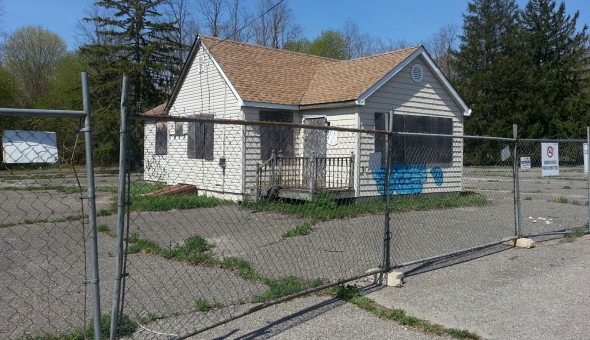 Barring any unforeseen circumstances: The Island Squire demolition is set for Tuesday,  May 12th @ 10:30am.

Many thanks to the entire Town Council which voted unanimously to condemn the Island Squire property as unsafe, making the demolition possible. Special thanks to the TOB law dept investigators, who responded to many complaints from the civic and from Councilwoman Connie Kepert. It takes a great deal of cooperation between volunteers and experienced elected officials to accomplish something as extreme as a demolition.  Supervisor Ed Romaine has made removing blighted buildings a top priority of his administration.

We have heard from the family of former proprietor John Wyle, and they will attend the demo to say farewell to this once famous eatery. News12 and Newsday are also interested in attending, as are a number of still happily married community members who had their wedding receptions there. It will be a bittersweet but important day for Middle Island.

The April 16th unanimous TOB decision to condemn as unsafe applies only to the large building.  The smaller building will remain; this is unfortunate as it, too, was recently tagged again with graffiti.  To prevent illegal dumping, the fence will go back up after the demolition.  The property owners (one of whom has suddenly re-gained interest in the site!) have been referred to TOB Law Dept to discuss future possible uses for the parcel, which is zoned A1 Residential.  We will have a list of these possibilities at our May 21st MICA meeting.