On Friday, March 6th, MICA’s  Immediate Past President Tom Talbot and current President Gail Lynch-Bailey sat down with Town of Brookhaven Supervisor Ed Romaine to tape a segment of “Coffee with the Supervisor”  for airing on  Cablevision’s Channel 18, the town government station.  The threesome covered a variety of topics, happenings and issues affecting the Middle Island area as well as Longwood in general. The ongoing Longwood Public Library renovation and expansion was the first subject, followed by the successful bond vote last August that will allow construction of a much-needed new headquarters for the Middle Island Fire District and Department. Additional items discussed were the purchase of the troubled Tudor Oaks complex by new owners Fairfield, the expansion of Competition Toyota into the old PC Richards building, McDonalds relocation from Ridge to the western front pad of the MI King Mullen shopping center, and the TOB’s commitment to fighting and ending the “MulchMare”, an illegal mulching facility located in a residential district. Perhaps the two favorite, or most frequently asked about topics, were also covered: Supervisor Romaine announced that the old Island Squire restaurant, the longest standing abandoned building along MI’s Rt 25 corridor, is slated for demolition later this year. As for the other big blighted spot  in Middle Island — the old KMart parcel opposite Artist Lake — Supervisor Romaine pledged to keep the pressure on the developer/owner of that property until it is resolved. Breslin Realty will get no further extensions on the parcel, nor will any of their other properties in Brookhaven be acted upon until something is done with the old KMart first.  Look for MICA and the Supervisor on Channel 18 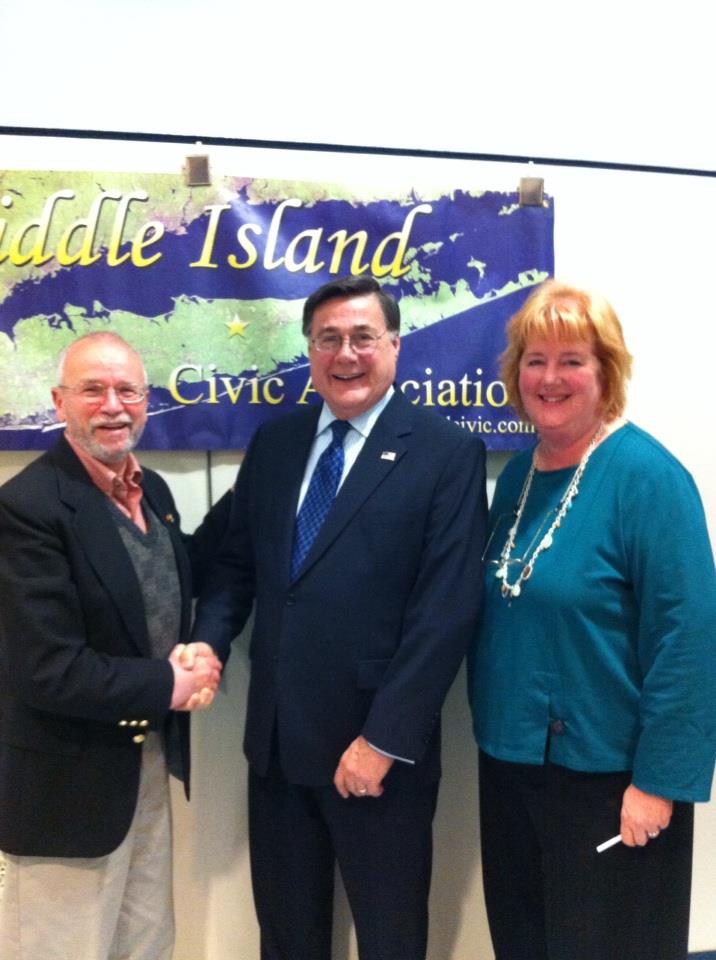