To Replace the Dead Gas Station and Strip Mall! 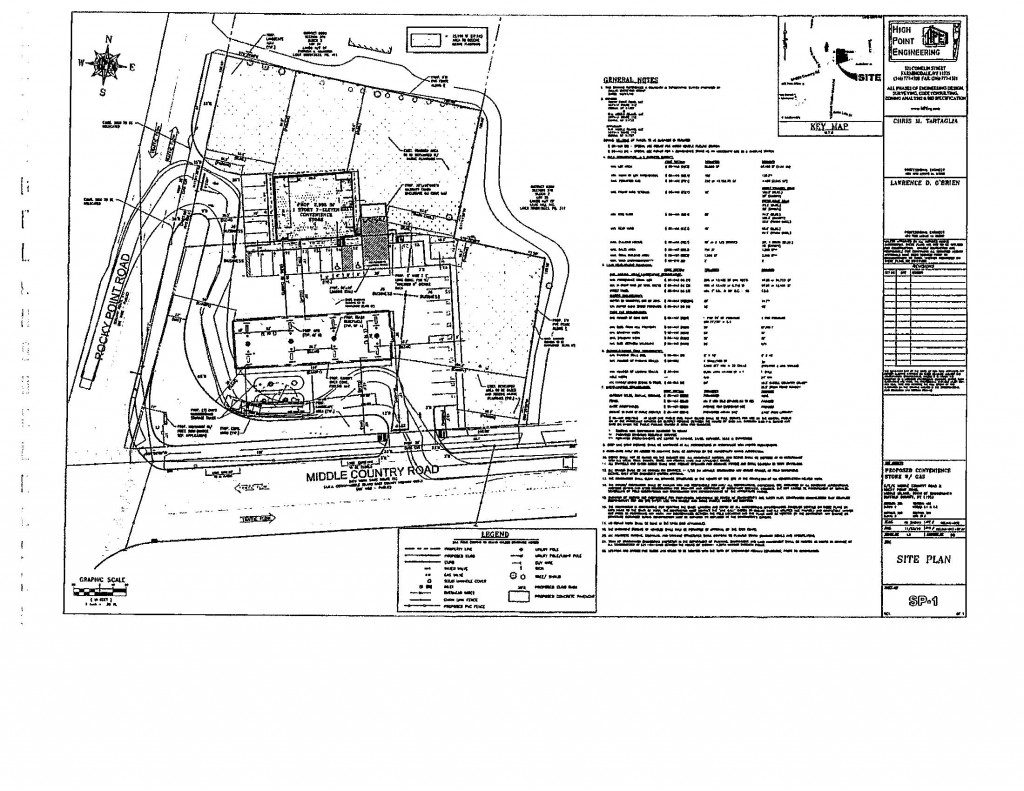 The Town of Brookhaven held a Public Hearing on Thursday, January 25, 2018 at 6pm to consider a Change of Zone and Special Permit required to construct the 7 Eleven and fuel station on the northeast corner of RTs 21 and 25 in Middle Island.  After working with the owner for more than 18 months on this project, MICA spoke in favor of these requests at the hearing. We welcome an end to the two blighted buildings that have stood at the heart of our community for far too long.  We will continue to monitor the site plan and work with the owner to fine tune signage, fencing, litter abatement, native plantings, safety and more.  We hope to have a historic photo of the former Pfeiffer’s General Store incorporated into the signage. After the testimony of MICA President Gail Lynch-Bailey (shown below), MIFD Commissioner Craig Tunjian and concerned neighbor Lee Abrahamson, the TOB unanimously approved the COZ, Special Permit and waivers, which will allow this plan to move forward to the BZA and Planning Board.“Good evening and a belated Happy New Year.  It’s a pleasure to be here tonight on behalf of the Middle Island Civic Association to support of this proposal.  We previously submitted a letter to the Planning Commissioner indicating that MICA voted overwhelmingly in favor of the project at out August 17, 2017 regular meeting.

This property lies at the heart of Middle Island, our community crossroads, where Rts 25 and 21 intersect.  Many of you know it’s been vacant and blighted for far too long.  So we’re happy to see a viable plan moving forward for this corner.  To be honest, we’d rather it was Starbucks/Gelato Bar/ Hydrogen refueling station, but it’s not. And that’s okay.  Hamlets generally need a McDonalds and a 7Eleven before other brands take notice. In the interest of full disclosure, I LOVE 7Eleven coffee and so do lots of other people.  The new residents of Renaissance Village are excited about this project, too.

I want to emphasize for those unfamiliar with the site plan that both the dead gas station AND the vacant strip mall will be coming down, to be replaced by a single building and gas pumps.  The site plan underwent several iterations which MICA reviewed, including the current one which was approved by the Pine Barrens Commission this summer.  Thank you, Supervisor Romaine, for your role in that.  We also like the country feel of this type of 7Eleven; Councilman Panico, I know you were instrumental in the design of the Moriches 7Eleven that this one is modeled on, so thank you for that.

This combination convenience store/ gas station is really a resurrection of past uses.  I’ve brought along a photo of Pfeiffer’s General Store, which stood at that corner for more than a century.  Not only are the old hitching posts still visible, but so are some gas pumps right alongside them.

There are inevitable concerns about traffic, litter, crime which the civic shares with our neighbors and has shared with the developer.  We will continue to work on these well after the site is open for business. We also hope to have some of the Pfeiffer’s photos incorporated into the signage on the corner. This would be a great counter balance to the lovely signage diagonally across from the site on the Longwood Library corner. Mr. Nelin has expressed a willingness to do this and we will take him up on that!

I’d be happy to answer any concerns that neighbors have, and hope that the board will approve tonight the requested COZ, special permits and waivers needed to move this proposal forward. In doing so, you will breathe some life into the heart of Middle Island.”